We’re on the road to wrapping up the “Yoked Like A Gymnast” training block. 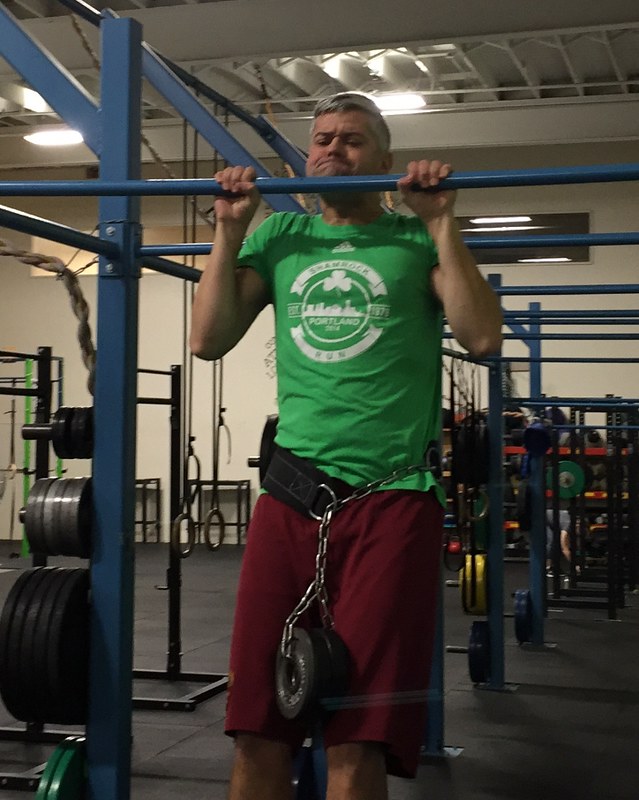 This week we’re re-doing the assessment from Week 1. People in the Monday classes have been showing the results of their hard work. In some cases we’re seeing a 100-110% increase in both raw strength (the weighted movements) and strength/stamina (the AMRAPs). The (honestly) surprising part is that we’re seeing improvements across the board, from beginners to experienced, men and women. Here are two examples.

An 8 week upper body development block is on the low end of the time scale when it comes to developing strength. Realistically, it’s actually only a 6 ½ Week Block, with assessments at either end. I’m going to say it again, because it’s surprising to me – we’re seeing 100-110% increases across the board.

This success is due to people working their butts off during the classes, and sticking to the standards that we put forth at the beginning of the block.

An equally surprising thing, for some people, is not only how quickly these changes have happened but how little specific work it’s taken to make the change. Let’s take the AMRAP Pushup part of the assessment as an example.

If you only came in for the Monday/Wednesday (Priority 1) WODs over the past 7 weeks, you can see that there have only been about 4 workouts since Week 1 that involved actual pushups. We’ve had a couple of people double their number of clean, Rx pushups in the 3 minute AMRAP.

Surprising for some, but not a miracle. If you look at your training log, you’ll see an enormous amount of overhead pressing, shoulder control movements like the windmills and TGUs, and core stability movements like crawling. This all adds up.

Yes, you can get stronger at pushups doing just pushups, but we aren’t limited in our repetoire. If you were able to push yourself to come to more than the Priority 1 days, you benefited from a tremendous amount of joint conditioning work. Farmer’s Walks and Sled Drags actually have an effect other than making you tired.

Let’s keep up the good work! I’m going to be putting together a couple of posts to wrap up this block, and to give you an idea of what is coming in the next block (something about backs and hips).